These routes propose to discover the geological heritage of the Granada Geopark and the Northern Valleys of Granada. It allows you to travel in a few dozen kilometers, the last 8 million years of the fabulous history of the origin and geological evolution of this territory, which determines its current appearance and the way of life of the inhabitants of the regions it occupies.

The itinerary contains stops prepared at the foot of the roads, easily accessible, located in places of exceptional geological interest. Our Guides will provide explanations of landscapes and rock formations, making the general public aware of the peculiarities of this unique erosive landscape.

These routes allow us to clearly illustrate the formation of the Badlands: from the deposit of the sediments of seas that have now disappeared to the erosion of the valleys by the torrents of the surrounding reliefs, passing through the deformation of the rocks and the action of the faults.

The “Balcony’s routes” of the Granada Geopark , are designed for those travelers who come to these lands and feel the curiosity to enter the visual adventure that a unknown territory within the landscape diversity of Andalusia.

Granada’s Northern Valleys that make up the Geopark are located on a plateau from which erosive horizons with sub-desert connotations can be seen as a result of the geological evolution of the Quaternary, and immense plateaus that rise to more than 1000 meters above sea level that run between semi-desert plains, gullies, badlands, river canyons, clay ridges, reservoirs and rivers.

On these routes we offer the possibility of enjoying the Geopark Viewpoints , included in the Official Guide edited by UNESCO presented in the edition of FITUR 2020, such as the Mencal or Negratín, also stopping at others less recognized, but with great scenic beauty.

If there is a balcony that you must visit, it is Jabalcón , a limestone mass that dominates the Altiplano at 1,492 meters of altitude, offering us a privileged view of the A spectacular 360º panoramic view of the North of the province of Granada from which you will see a beautiful picture, allowing us to understand what was once an island in the middle of a large interior lake 2.7 million years ago. Being able to appreciate in the distance the contour of the Granada Geopark, in addition to the places that we will visit later on the routes. 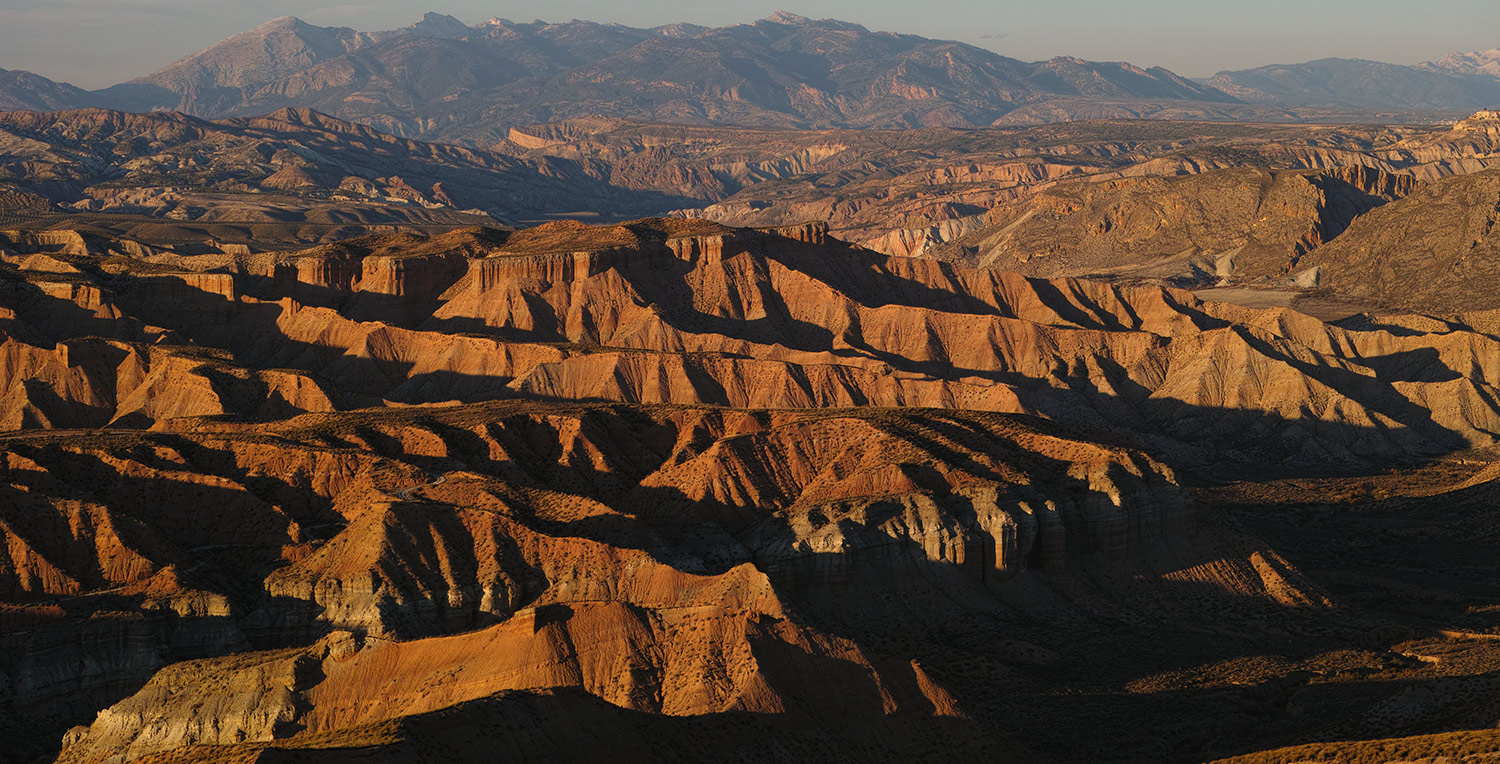 In this part of the planet, thanks, among other factors, to the altitude and prevailing winds, we have an atmosphere without pollution that will make you clearly see the beauty of the landscape tens of kilometers away while breathe fresh air.

A true geological-visual experience in the middle of nature, in which they will have the opportunity to enjoy spectacular views of incomparable beauty in a unique territory in Spain and Europe with a heritage geological of high landscape-photographic interest that will undoubtedly leave a marked mark on the viewer who contemplates it.

Without a doubt, a proposal that will be a delight for your senses, so we advise you to come accompanied by family, friends, and your camera to immortalize the moment.