The landscape of the bad-lands

The surroundings of the Negratín reservoir, which we can enjoy in a special way from the Negratín Viewpoint, is one of the most attractive natural areas of the Altiplano de Granada, forming a network of areas of interest for the visitor.

Next to the dam and the viewpoint, a recreational area has been formed where you can enjoy a restaurant, recreational area with benches, tables and barbecues, a camping area and a short trail along the top of the reservoir’s slope. In addition, there is a private initiative nautical club, where you can practice water activities such as canoeing. 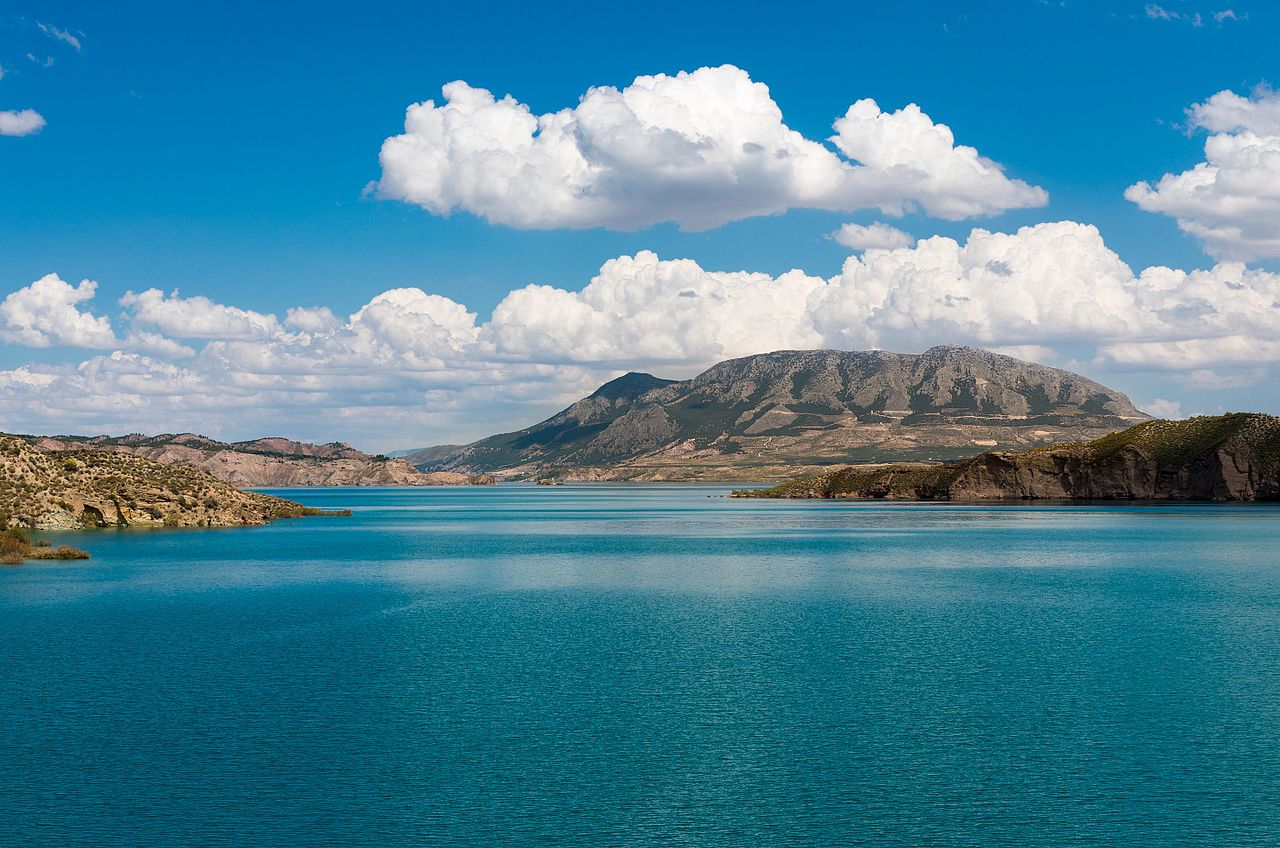 The bad lands are characteristic landscapes of the Altiplano of Granada and which take a special role on the banks of the reservoir. The soft nature of the sediments, the elevation of the surrounding reliefs and the existence of a semi-arid climate with intense rains have developed boulevards through which large amounts of water are contained with carry-over material in periods of rain.

On the slopes of these, soft and easily erodible, the runoff water produces grooves or grooves that end up becoming gullies or bad-lands, from where this type of landscape takes the name . The slopes evolve progressively receding and generating very curious morphologies such as fairy chimneys (isolated columns as a result of the resistance to erosion of their upper part) or pipes (rakers or vertical conduits and cylindrical geometry developed in the wall of the escarpment).

The bad-lands landscape developed on the banks of the Negratín reservoir is especially spectacular in the Cuevas del Campo area. Here you can see the bad lands of the Mirador del Negratín or the canyons such as the one originated by the Rambla del Moral, with an embedding of more than one hundred meters deep.